Discover the bodegas in the Jumilla Wine Route: Jumilla Wine Route, Bodega Cerrón
Fully ecological DOP Jumilla wines produced near Fuente-Álamo in the province of Albacete Bodega Cerrón is a family-owned and run winery located close to the town of Fuente-Álamo in the province of Albacete, although its products are branded under the DOP Jumilla label. The vineyards are among the highest within the Jumilla denomination, with the terroir of La Muela lying at up to 1,050 metres above sea level although most of the vines.. Museo del Vino de Jumilla, the Jumilla Wine Museum
Exhibits illustrating the 5,000-year-old history of wine making in Jumilla In May 2022 the long-awaited official opening of the Wine Museum in the town of Jumilla took place, culminating a project which took over 10 years to complete at a total cost of around 1.5 million euros. The aim of the new museum is to provide a further boost to tourism in and around Jumilla, providing an additional attraction to those already visiting the numerous.. Jumilla wine route, Bodegas Pio del Ramo
Bespoke tours, organic wines and olive oils as part of the Ruta del Vino in Jumilla Bodegas Pío del Ramo is among various of the wineries forming part of the Jumilla wine route whose vineyards and wineries are actually outside the municipality itself, in the neighbouring province of Albacete (Castilla-La Mancha). Nonetheless, during the period of Moorish rule the nearby settlement of Ontur belonged to the “Taifa” of Murcia, its produce.. Jumilla wine route, BSI Bodegas San Isidro
The largest winery in Jumilla offers a wide range of tours and activities on the outskirts of the town Affiliated to the Jumilla Wine Route, Bodegas San Isidro, more commonly known these days as BSI, is the largest winery in Jumilla, and is located on the outskirts of the town of Jumilla, making it easy for visitors to combine a visit to these premises with another bodega on the same morning, then enjoy a good lunch out in the town itself... Jumilla wine route, Bodegas Nido del Cuco
This little gem is a traditional and characterful bodega offering lunches within the bodega setting Bodegas Nido del Cuco was founded as Viña Campanero in 2002 with the intention of producing quality Denomination of Origin wines in Jumilla at affordable prices, and has since flourished with its two main labels, namely Vegardal and Cuco del Ardal. This has been made possible by the diligent use of the Monastrell Pie Franco grapes which are.. Jumilla wine route, Bodegas Viña Elena
Tradition meets modernity at a family-run winery in Jumilla Bodegas Viña Elena is the southernmost winery on the Jumilla wine route, and is a family-run concern which was founded in 1948 by Francisco Pacheco, the late grandfather of the members of the current management team. In the mid-20th century the Pacheco wine-making operation was a modest one, but the business has since grown substantially and consistently and now employs technology.. Jumilla wine route, Bodega Alceño
The oldest commercial winery in the D.O Jumilla Bodegas Alceño is the oldest commercial winery in the Jumilla Denomination of Origin area, having been founded in 1870, and some of the buildings it occupies in the north of the town have been in use for over a century. However, this does not mean that production techniques are still rooted in the past, and nowadays the Bodega employs modern wine-making techniques to ensure that quality is.. Vinotería Los Chilines, a wide range of local D.O. wines and associated products in Jumilla
The perfect place to buy your favourite Jumilla wines and olive oils The Vinotería Los Chilines is the only specialist wine merchant shop affiliated to the Jumilla wine route, and is located on Avenida Levante in the centre of the town, no more than a minute’s walk from the tourist office. As well as the D.O. Jumilla wines produced at the Bodegas affiliated to the Wine Route, the shop also offers a selection of olive oils, bag in box.. Jumilla wine route, Bodega Xenysel
An idyllic rural winery in Jumilla The Xenysel winery in the north-east of the municipality of Jumilla is a reminder that despite the fact that the Monastrell grape is predominant in this part of Spain, there is still room for considerable differentiation between one “bodega” and another, and that niches can be carved in the market by small family-run businesses as well as large corporations. A visit to Xenysel also shows that as well as.. Jumilla wine route, Bodegas Luzón
Producing around 4 million bottles a year, Bodegas Luzón in Jumilla offers a range of award winning wines Bodegas Luzón is one of the longest established of the many wine producers in the municipality of Jumilla, in the north of the Region of Murcia, having celebrated its centenary in 2016, but at the same time it is one of those which has seen most expansion and modernization over the last few years, and part of this process has been the concerted.. Jumilla Wine Route, Parajes del Valle
A fully ecological winery just outside the town of Jumilla close to the Sierra del Carche Parajes del Valle, one of the “bodegas” affiliated to the Jumilla Wine Route, prides itself on being the creator of special and original wines which in their way are unique due to the characteristics of the vines from which the grapes used are harvested. Their philosophy of the bodega is to maximize the character of these vines, which have overcome.. Jumilla wine route, Bodegas Bleda
One of the pioneering wineries which led to Jumilla wine receiving Denomination of Origin status Bodegas Bleda is one of the longest established wineries in the Jumilla Denomination of Origin area, and is named after Antonio Bleda, the man who founded it in 1915. The winery is currently housed in a modern building just a couple of kilometres to the north-west of the town of Jumilla, within sight of the emblematic castle, but the modernity.. Jumilla Tourist Office
Oficina de Turismo de Jumilla The tourist office in Jumilla is centrally located, with parking alongside the office and holds a wide range of information about visiting the municipality and its wine bodegas, together with maps. For more information about visiting Jumilla, including what's on, local news and all of the bodegas on the Jumlila wine route, visit the home page of Jumilla Today. The Monasterio de Santa Ana del Monte in Jumilla
Panoramic views and a wealth of artistic heritage in the mountains south of Jumilla This monument is variously known as the Monastery, Sanctuary or Convent of Santa Ana del Monte, and stands high up in the mountains to the south of Jumilla, affording excellent views out over the town and further. It is a popular destination among walkers and cyclists and is well worth a visit purely to admire the landscape, but at the same time there are important.. Jumilla wine route, Bodega Silvano García
The Silvano García winery is in the town centre of Jumilla and is open for wine sales and visits The Silvano García winery is one of numerous featured on the Jumilla Wine Route, and is one of the most easily accessed as it is conveniently located on the main thoroughfare running into the centre of the town and just a one-minute drive from the tourist office. Its urban location deprives the visitor of the picturesque landscapes associated with.. Jumilla Wine Route, Bodegas Ribera del Juá
Fine ecologically produced Monastrell wines from the winery just 6 km outside Jumilla The winery of Bodegas Ribera del Juá was built in 2008 close to the mountains of Sierra de las Cabras on the bank of what used to be the old course river Juá. Occupying over 2,000 square metres, it is built primarily with stone quarried from the mountains themselves, preserving the natural temperatures of the land itself both in summer and in winter... How to book and navigate the Jumilla Wine Route (Ruta del Vino)
Practical information to help enjoy a visit to Jumilla The wine installations and attractions of the Ruta del Vino in the municipality of Jumilla can be enjoyed and visited in a number of ways, either by individuals or by groups of any size, and are an ideal way of getting to know not only the best-known product of the area but also the town’s history, traditions, monuments, people and gastronomy. There are 15 “bodegas” (or wineries.. 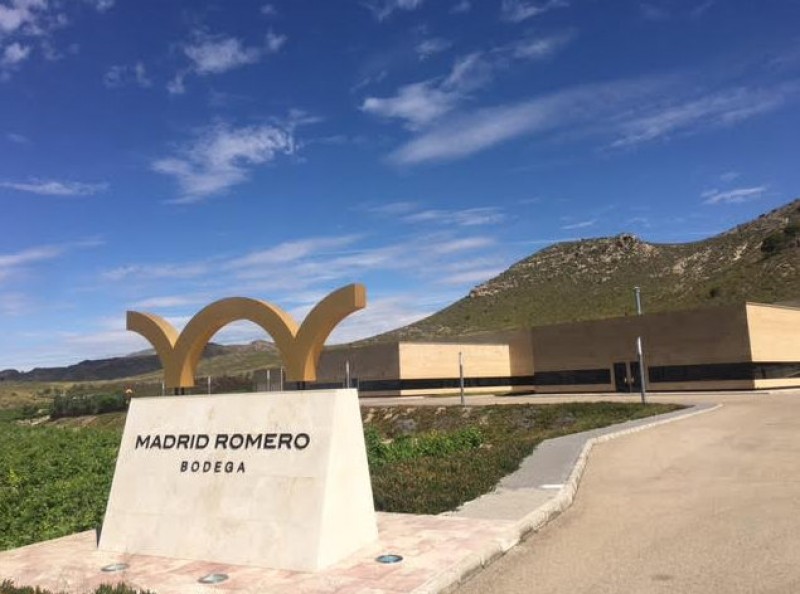 Jumilla wine route, Bodega Madrid Romero
A family-run bodega in the picturesque valley of El Carche Bodega Madrid Romero is the winery set up and managed in the picturesque Carche valley, just a few kilometres from the town of Jumilla, by Rosana Madrid Romero in her pursuit of high quality wines under the Denomination of Origin of Jumilla label. On undertaking the venture Rosana adopted the motto “Tesón, esfuerzo y espíritu emprendedor” (determination, effort and enterprise.. Jumilla wine route, Casa Pareja Organic Extra Virgen Olive Oil producer
An example of ecological and bio-dynamic agriculture in Jumilla The production of olive oil is as much a part of the history, tradition and gastronomy of Jumilla as the its celebrated wines, and anyone exploring the area should make sure to visit one of the four olive oil presses included on the Jumilla Wine Route. One of these is the Almazara Casa Pareja, which is located in the south-west of the large municipality of Jumilla in the area.. Jumilla wine route, Olimendros olive oil press
Extra Virgen olive oil from 500 hectares of trees in the north of Jumilla The production of olive oil is as much a part of the history, tradition and gastronomy of Jumilla as its celebrated wines, and anyone exploring the area should make sure to visit one of the four olive oil presses included on the Jumilla Wine Route. One of these is “Olimendros”, which was founded by the Muñoz Caravaca family in 1997 with the aim of producing quality.. 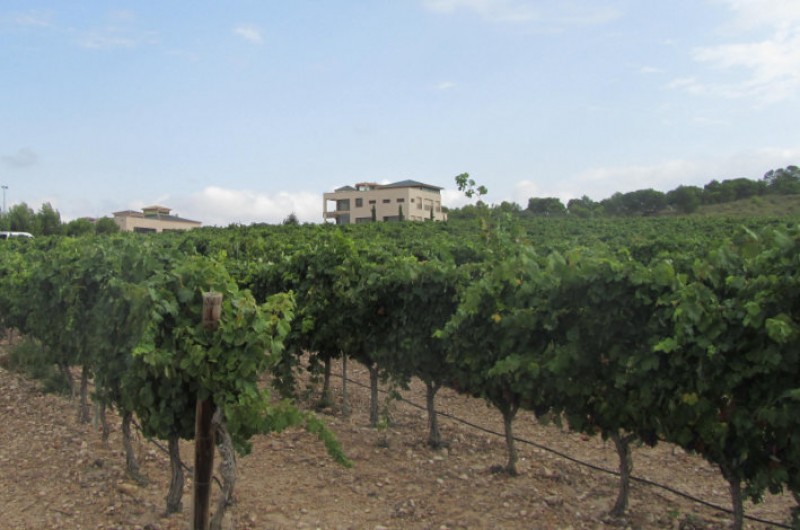 Jumilla wine route, Bodegas Juan Gil
Four generations of Juan Gil have created one of the best known wineries in Jumilla Bodegas Juan Gil, or Gil Family Estates, is one of the best known wineries in the Denomination of Origin of Jumilla, and has steadily built up an enviable reputation since Juan Gil Jiménez built the first bodega and celebrated his first grape harvest in 1916. Maintaining the family name, the business has passed down from father to son ever since, first to.. Eating out in and around Jumilla
Restaurants and bars in the municipality of Jumilla Visiting the bodegas of the Jumilla wine route is an attractive proposition in itself, but of course in order to appreciate the D.O. wines of the area fully a visit is best rounded off with lunch or dinner in one of the many restaurants in and around the town. Most offer traditional local cuisine rounded off by one of the local wines, and the selection below, various of which are affiliated.. 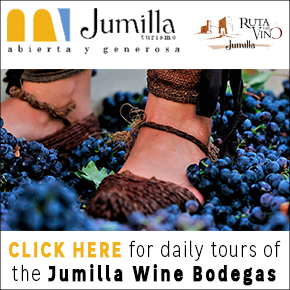 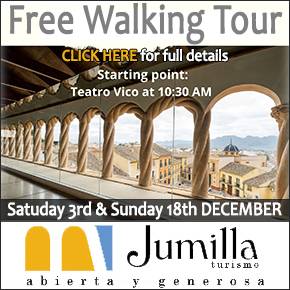